Published in the December, 2012 NAWCC Bulletin, starting on page 637.

Over the years I have fielded quite a few questions about holding gears so that one can work pivots. This is why I wrote the previous Technical Tid-Bit in this series – “Gear Holding Techniques”. But, as I discuss gear holding techniques with students and other clock repair folk the focus usually ends up on holding gears that don’t have much arbor sticking out past the gear hub. An example of such a gear is shown in Figure 1.
Read More 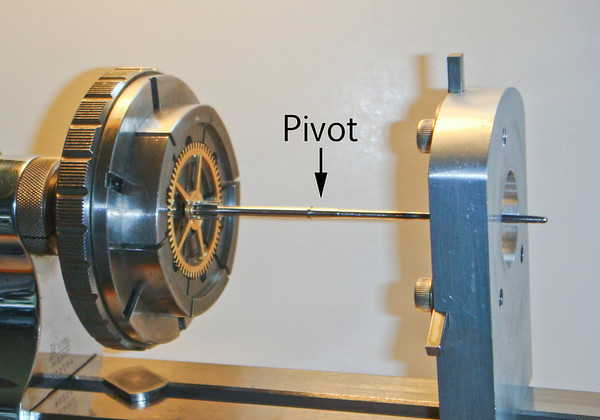 Note too that I use a steady when chucking up a gear with a 6-jaw chuck to minimize the strain on the gear hub. Many times the gear is only pressed onto the arbor/pinion – resulting in a connection that is not strong enough to allow one to work a pivot when just holding the gear in a 6-jaw chuck.

6-jaw chucks come in a rather wide variety of designs – I have shown some of the more readily found ones in Figure 3.